My company has been issued a winding up petition - what now?

A winding up petition (WUP) can be issued by a creditor if a debt of over £750 is owed. This figure has increased to £10,000 as per the Government's temporary measures which will apply for the period 1 October 2021 to 31 March 2022. If standard methods of recoupment have failed, the creditor will issue a winding up petition against your limited company. In order for the creditor to successfully carry out this action, a statutory demand should be issued prior to this which proves that the debt exists.

Your accountant will be able to identify the early signs of insolvency by analysing the financial health of your limited company. If your business is in distress, you should tackle this early before being faced with legal action.

What happens after a winding up petition has been issued?

A creditor will typically issue a winding up petition with the intention to shut down your business. Once the WUP has been issued, the High Court will set a hearing date. Documents in relation to the court hearing will be sent to the registered office address by a process server. The hearing will typically be scheduled for eight to 10 weeks after the WUP has been issued.

Once the WUP has been issued, the notice will be advertised in the London Gazette after seven days. As a result, the winding up petition will become public knowledge, including to the bank and creditors. The bank will then typically freeze the company accounts, disabling trading. This action is taken by the bank in order to avoid the risk of wrongful trading by the director.

In order to unfreeze your account, you will require permission from the court which will only be granted in exceptional circumstances, such as the payment of staff wages or the completion of a sale which could release funds to repay the debt.

What happens at a winding up hearing?

In the event that you have repaid the debt or made an agreement with the creditor, this will be brought to the court’s attention and the winding up petition will be dismissed. If you are unable to repay the debt, the High Court will issue a winding up order which will begin the process of compulsory liquidation.

A licensed insolvency practitioner will be appointed to liquidate the assets of the company and the funds raised will be used to pay creditor debt. The insolvency practitioner will hold an investigation into the conduct of the director in order to confirm that the directorial duties have been fulfilled and that no wrongful trading has taken place.

If wrongful trading has occurred which refers to trading as insolvent, the director can be held personally liable for the debts of the company. Following the successful liquidation of the limited company, the company will be removed from Companies House.

What can I do to rescue my business from a winding up petition?

Repay Debt - If the debt can be repaid, the petition can be dropped before the court hearing. If the repayment is made after the seven day period, you will be required to attend the WUP hearing and show evidence of settling the debt.

Adjournment – If you are able to raise funds to repay the debt through commercial finance, such as asset finance, you may be able to qualify for the court hearing to be adjourned. If you are in the process of applying for a Company Voluntary Arrangement (CVA), the court is likely to grant an adjournment.

Company Voluntary Arrangement – This is a formal agreement between the creditor and your company, following the negotiation of repayment terms. If a CVA is active, this will halt any legal action being taken again your company as you are legally bounded to abide by it.

A winding up petition can have serious implications on your business as once advertised in the London Gazette, other creditors may launch legal action against your business. If you believe that your business has the means to repay the debt, it is best to take action fast to avoid the winding up of your business, forcing it into liquidation.

If your limited company is struggling with repayment and is at threat of liquidation, seek advice from a licensed insolvency practitioner. If you are a client of an accountancy firm listed on our website, speak to your accountant who will arrange a free, no-obligation consultation with an insolvency practitioner near you. Alternatively, please get in touch with a member of the Handpicked Accountants team. 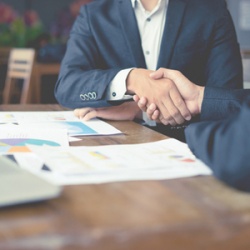 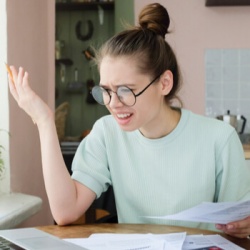